My day out with the CPRE 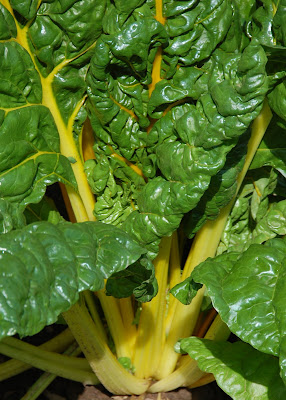 Rather at the last minute, I joined a coach party today, organized by North Cotswold CPRE.

First stop was Bromsberrow Place, just under the Southern slopes of the Malverns, in the far North-West corner of Gloucestershire. Our huge coach all but came to grief under the low-hanging branches of the oak trees lining the drive: not quite another satnav saga, but similar. (We shouldn't have been going in that way.)

Over the past 17 years, the Bromsberrow Place garden, something of a sleeping beauty when in the late Miss Albright's ownership, has been brought fearlessly back to life by the Greenall family, who have made major investments - particularly in trees.

We marvelled especially at the walled garden. Facing South with wide views towards the Cotswolds, it contains rows of groaning apple and pear trees, a vine house, colourful borders and masses of succulent vegetables. It was good to hear that local schools bought the produce, and that their children came along regularly to help harvest it. All the various aspects of this estate seem to run brilliantly under its imaginative and hands-on owners. (This was no surprise to me, having in the past worked alongside Gilbert Greenall - he and I both being trustees of the Summerfield Charitable Trust.)

In the afternoon, our bus took us to the six-acre garden of Elton Hall, owned by Mr. and Mrs. James Hepworth. This is an extraordinarily pretty 18th Century house, brick-fronted with ogee windows, not far to the South-West of Ludlow. (We had driven past it when we were staying on the Croft estate last month.) At Elton also the scene has been transformed in the last 17 years, since the arrival of Anthony Brooks - a most modest man, yet clearly an inspired gardener.

Walking round, it was hard not to be distracted by the Hepworth family elephant (in many guises), horse, puffin etc. collection - all dead; and the five inhabitants of Fort Tortoise, very much alive. The garden is full of follies - one (dating from 1997) to commemorate a distinguished former owner, Thomas Andrew Knight, an early President of the RHS: a Latin inscription on the floor below his portrait gives thanks to the EU for the grant which helped build it - and to those who don't smoke within the gazebo.

I don't know anything about planting, but in this garden the late Summer colours - and the way they were massed - seemed to me particularly magnificent. The ladies with notebooks amongst us were enthusing about Echinaceas and Rudbeckias. Even table tombs in the adjoining churchyard seem to have been carefully bowered with wild flowers. Excess of pure colour is painful: variety and combination of colours is most pleasurable - so taught Thomas Knight's more famous elder brother, the connoisseur Payne Knight.

Overall I found it was the Elton experience that marginally won my heart - in spite of the Bromsberrow bravura. But almost best of all in the day was to be driven painlessly through Gloucestershire, Worcestershire and Herefordshire, countryside as varied and majestic as any one could hope to experience in the course of a two-hour journey.
Posted by Martin Davis at 20:08