"With an eye on the Via de la Plata" 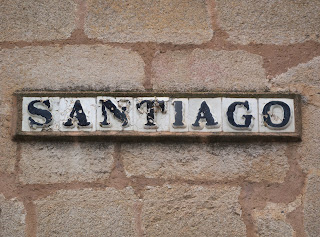 Happy St James' Day! It also happens to be the day when I've put the finishing touches to my new book about our month on The Way of St James in April - from Seville to Salamanca.

As reported here at the time, Caroline and I went by train from Cheltenham to Seville, arriving on Maundy Thursday, and walked the first half of the Camino de Santiago which starts there, the Via de la Plata - I with my camera. The resulting photobook with the above title can now be seen here: click and you'll see that its 90 pages (with my 325 photographs and 11,000 words of commentary) are all available to view free online - if your eyes are good enough!

The book is also available for sale - print on demand; but as it's in the style of a coffee table book, it is, I fear, rather expensive: for further details see here.

All feedback extremely welcome!
Posted by Martin Davis at 22:06 1 comment:

Worcester to Tenbury by bicycle 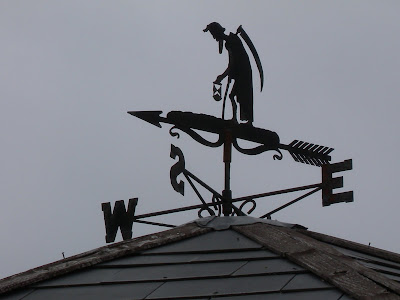 There are three ways to tackle this problem, all with drawbacks for the cyclist (like me) who is aware of Old Father Time's approach. Today, I made the journey to Worcester by train, both cheap and bike-friendly. Rather than wait for 90 minutes for the next bus to Tenbury, I set out under a grey sky to find the Martley road, via good views of the Cathedral, the River Severn and the Worcester County Cricket Ground. The decision has to be taken whether to follow the River Teme, after its crossing at Ham Bridge, or to plough on the B4204, involving a 200m ascent. Well, that's where it ought to be taken, but I missed the turning after the bridge and by the time I was half way up to Clifton (misleadingly called "on Teme"), it was rather late to go back.

The advantage of sweating up the hill is that you have a nice long downhill into Tenbury, passing Hill Top and Kyrewood, two places mentioned in my ancestor's diaries: I'm in the process of editing these, hence the expedition.

On the way back, I had thought of taking the relatively flat (until Abberley) A443, but having biked along to Burford Church from Tenbury, quite a wide stretch of that road, I realised that I might be lucky to survive the unequal battle with the lorry traffic. So instead I took the minor road along the South bank of the Teme, via Lower Rochford, Eastham, Orleton and Stanford - coming out again to join the B4204 at Ham Bridge. Drawbacks? Well it's marked with 19th Century milestones, scenic and there isn't a lot of traffic; but it's very steep and narrow - and it was pouring with rain.
Posted by Martin Davis at 22:14 No comments: