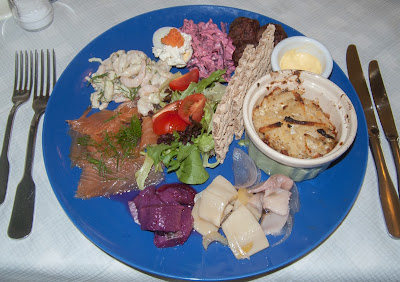 We were asked by friends in Chedworth to dine with them last evening, and - arriving at the cottage - to take note of a new acquisition: a grandfather clock. In itself, this might not seem to be so very remarkable, "But look at the face!" we were urged. And there was the inscription, "Giles Coates, Chedworth." Wonderful, isn't it, that in the 18th Century a village as seemingly small and insignificant as Chedworth should be the home to a still-celebrated watch and clockmaker!

Not that this Giles should be confused with his son of the same name, who met a watery end off the coast of Tasmania where he was sentenced to be deported for shooting the Stowell Park gamekeeper.

Altogether, I had a feast of a day, with an invitation to lunch from Leo: we ate Smörgåsbord at the Swedish restaurant just opposite my former office. And at the Emirates Aston Villa beat Arsenal 3-1!
Posted by Martin Davis at 11:39