Forgotten leaves from the family album 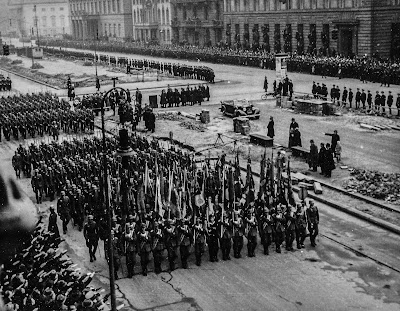 Probably on business, my grandfather evidently visited Germany at some time in the 'Thirties: looking through some pages of an old album passed down to me, I have come across this amongst other images of a parade: arms raised by spectators in the Nazi salute: in another swastikas are flying.

Not many photographs from this side of the family have survived the 80 or so years since they were taken: the spectacle must have seemed significant to both my grandfather and my father, for these to have been preserved.

In the same album are a very few holiday photographs - each of my grandparents taken on board ship: the Queen Mary was launched in 1936, so my grandfather would have been in his 50s at the time. A natty dresser, but unable to conceal his middle age spread. 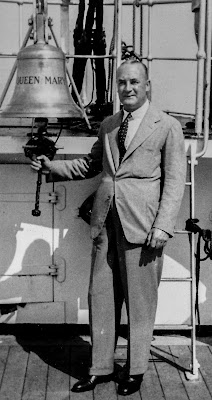