Hamlet by the dozen 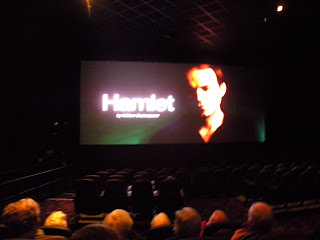 I collect Hamlets as others collect rare books. The bibliophile leaves many of his volumes unopened on the shelf: likewise, this Hamlet collector doesn't record the minutes his eyes have remained closed during a performance. (Kenneth Branagh took a long time doing his Dane, I recall, on a particularly stuffy evening at the RST in 1992...)

Alan Badel was my first Hamlet - 1956, Stratford. I remember him, but not much about Anthony Quayle and Glen Byam Shaw's production, the first of half a dozed (this is as I typed it - too good to correct) I saw in what we must now call the old Shakespeare Memorial Theatre: that meant something different to theatregoers in the 1950s, whose memories went back before the 1926 fire.

Ian Bannen, David Warner in long sudent scarf, Nicol Williamson with some machine gun delivery at The Round House, Alan Howard, Ian McKellen in 1971, Alex Jennings (1996), Simon Russell Beale (2001), and the great Russian film Hamlet with Innokenti Smoktunovsky: now the collection has an addition to it, following a visit to Cheltenham's Cineworld last night for the relay from the National Theatre. And Rory Kinnear's Hamlet goes to the top of my list.
Posted by Martin Davis at 07:46