Punching above its weight 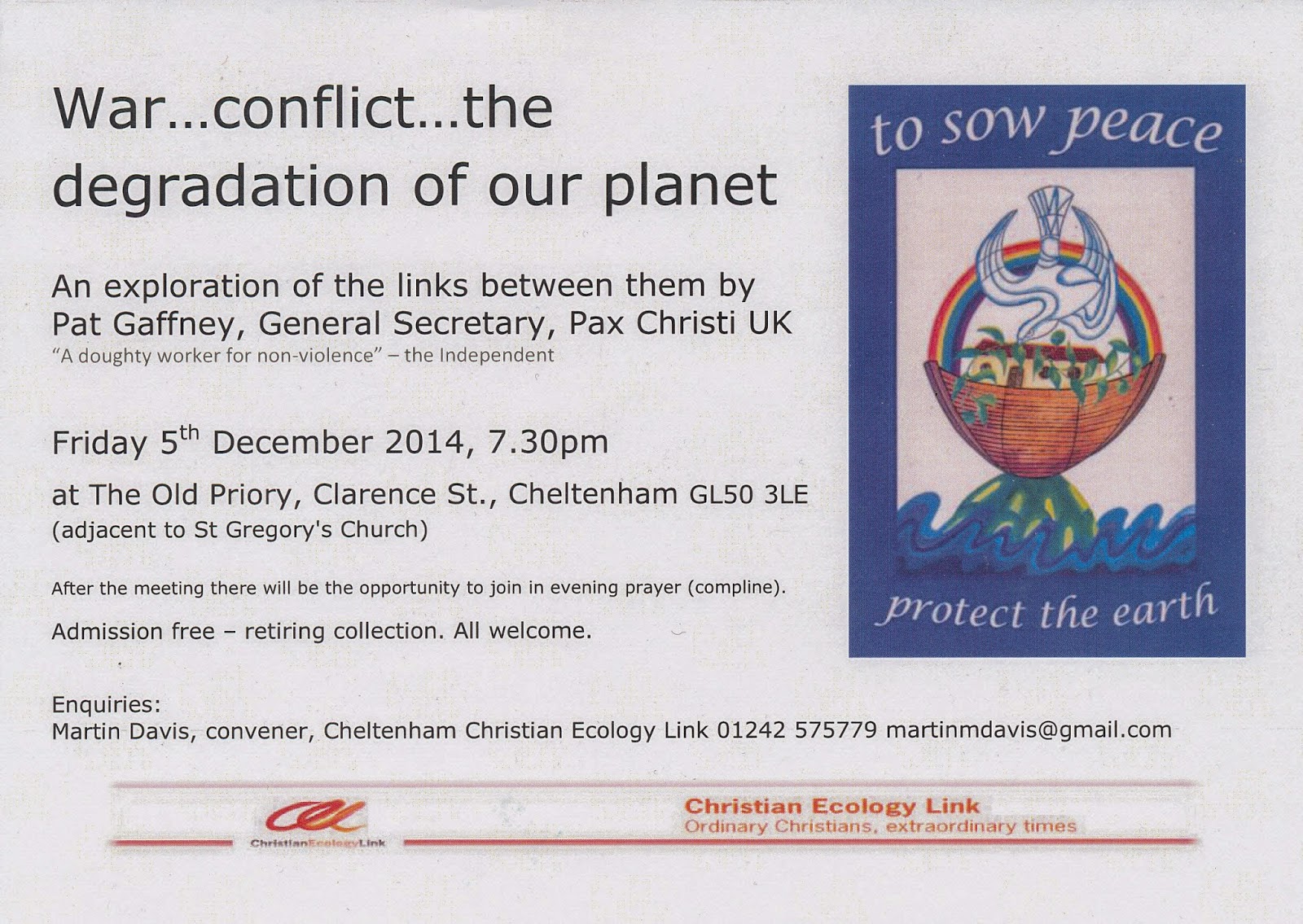 Pax Christi UK’s General Secretary saying this evening that she was one of only three paid staff prompted surprise. “It punches above its weight,” I remarked – only to arouse a titter: we had just been discussing nonviolent protest as a way of drawing attention to planet Earth as (in Ban Ki-moon’s phrase) “a silent casualty of war”.

It reminded me how heavily our language depends upon military vocabulary. As our speaker, Pat Gaffney said, “It’s the whole of me that has to be a peacemaker.” Just as a film lover is a different animal from a film maker, so the Sermon on the Mount talks not of “Blessed are the peace lovers” – but "peacemakers". So, celebrating Remembrance Day without a commitment to peacemaking “is pure sentimentality”. In the same way, the Eucharistic “Do this in remembrance of me” is a call to action as well as devotion.

“Do I need to be a pacifist to join Pax Christi?” Pat was asked. No, Pax Christi has supporters all along the spectrum. Anyway, she preferred to use the term “nonviolent”. To develop a nonviolent attitude in all things was an aspiration: despite her 23 years with Pax Christi, it's one she had yet to attain fully. It's often easier, she says, to protest outside Downing Street than to talk to one's sister-in-law. Recently, she's had to work out a non-violent reaction to the theft of the flower pots she kept outside the front door of her home.

At the end of a year of escalating conflict in, among other places, the Ukraine, Syria and Iraq and Nigeria, it was opportune that our guest was a prominent representative of the international Catholic peace movement. Active in 50 countries, Pax Christi next year celebrates 70 years of peacemaking. 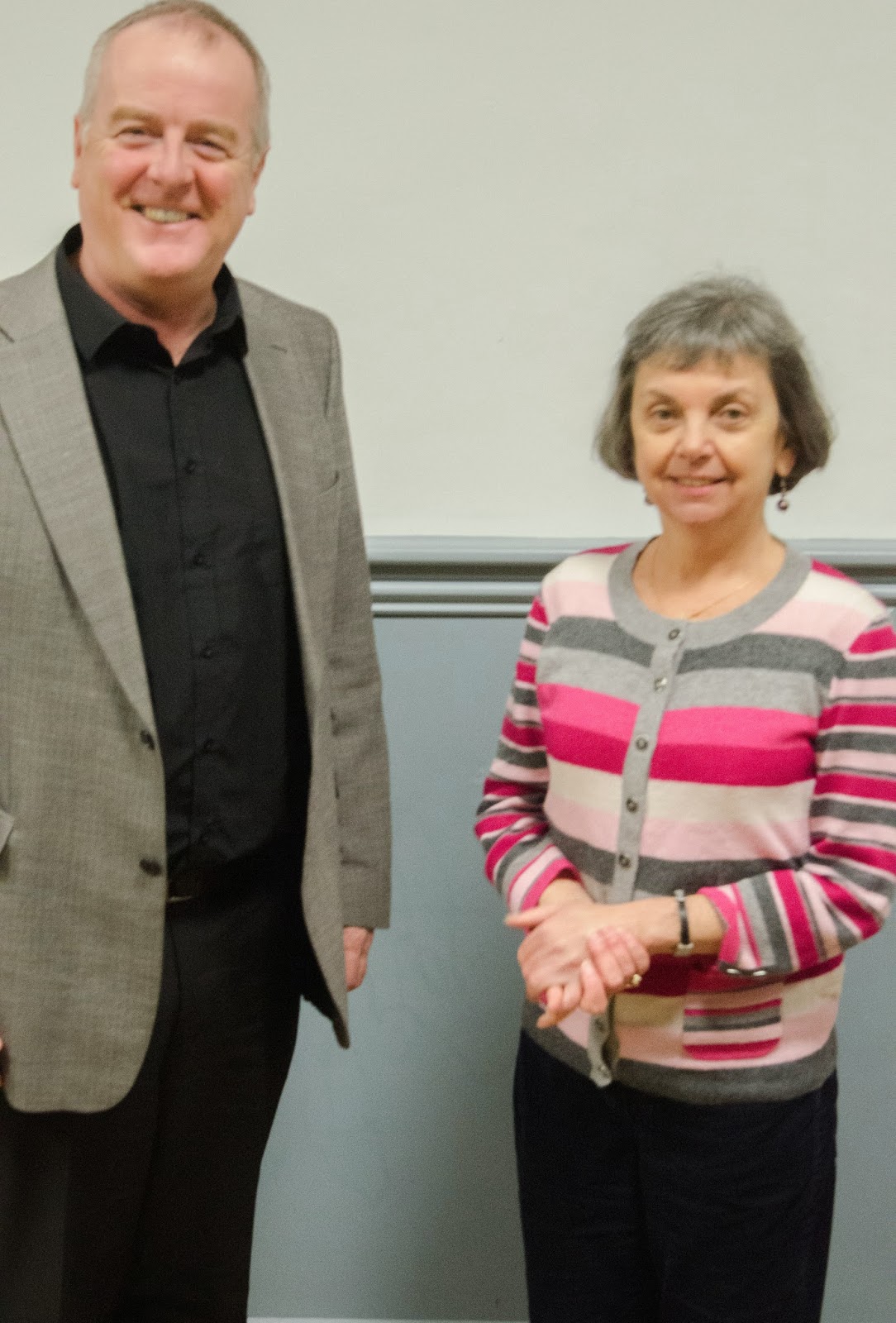 Pat (seen here with our Parish Priest), after working for CAFOD, came to Pax Christi 23 years ago, and has won renown as a campaigner, an educator and an advocate. She has travelled to Sarajevo, East Timor and (frequently) to Israel Palestine, a pilgrim visiting communities. She has been nominated along with fellow women peace workers for the Nobel Prize, and imprisoned four times for nonviolent direct action – about which Martin Luther King wrote that it “seeks to create such a crisis and foster such a tension that a community which has constantly refused to negotiate is forced to confront the issue. It seeks to so dramatize the issue that it may no longer be ignored.” This, Pat believes, is her Christian duty.

With the aid of illustrations, the links between war, conflict and the degradation of our planet were explored. Do we really measure the true costs of war? Pat asked: the enforced migration, the disablement, the psychological costs, “the toxic remnants of war” (the title of an independent project, fairly recently set up). 18,000 square miles of land were laid waste in Vietnam. In Kuwait, retreating Iraqis torched 800 oil wells. Over the past 50 years 800,000 olive trees, a spiritual resource for the people, have been destroyed in Israel Palestine. 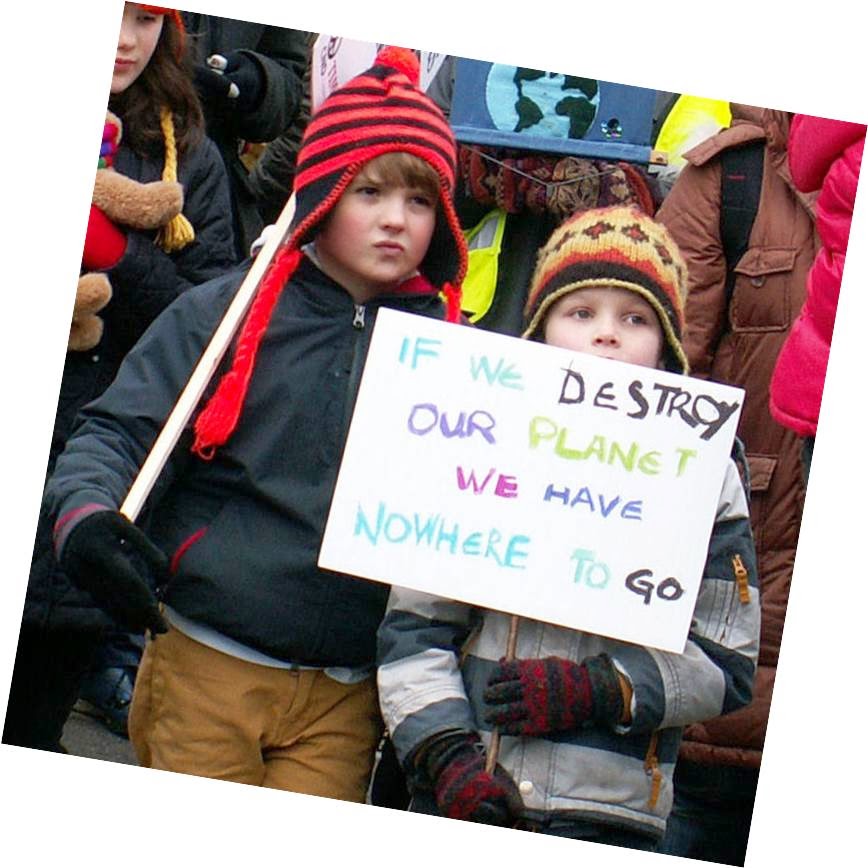 Outside the Atomic Weapons Establishment at Aldermaston Pat photographed children holding a home-made placard: “If we destroy our planet, we have nowhere to go,” it said. We need, Pat urged, to rethink what security is all about. UK military spending – at £38bn. a year – is the sixth largest in the world. But if all you have is a hammer, everything looks like a nail. What of climate change, resource depletion, marginalisation of the majority poor? We spend £1.3b. p.a. on military research and development, compared with £45m. on looking into renewable energy. 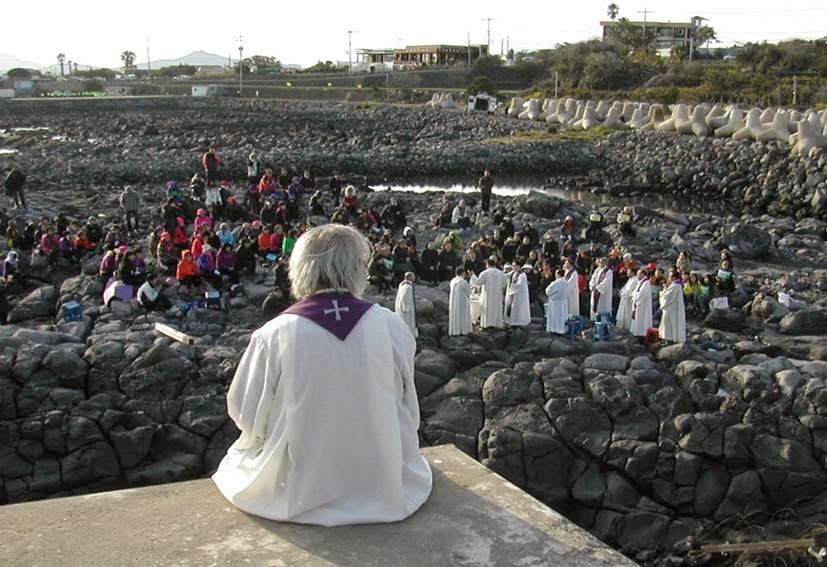 At the heart of her message was Pat’s conviction that one person putting their faith into action can make a difference: the priest who came to say Mass on the sacred rocks, threatened by the construction of a naval base on Jeju Island off South Korea; Bishara Nasser’s devotion to protecting Daher’s Vineyard near Bethlehem, resulting in The Tent of Nations project to prepare young people to contribute positively to their culture and future; the Kenyan Nobel Laureate Wangari Maathai, whose simple act of planting trees grew into a nationwide movement.

This presentation to Christian Ecology Link was as powerful as any we have hosted in Cheltenham.
Posted by Martin Davis at 23:30