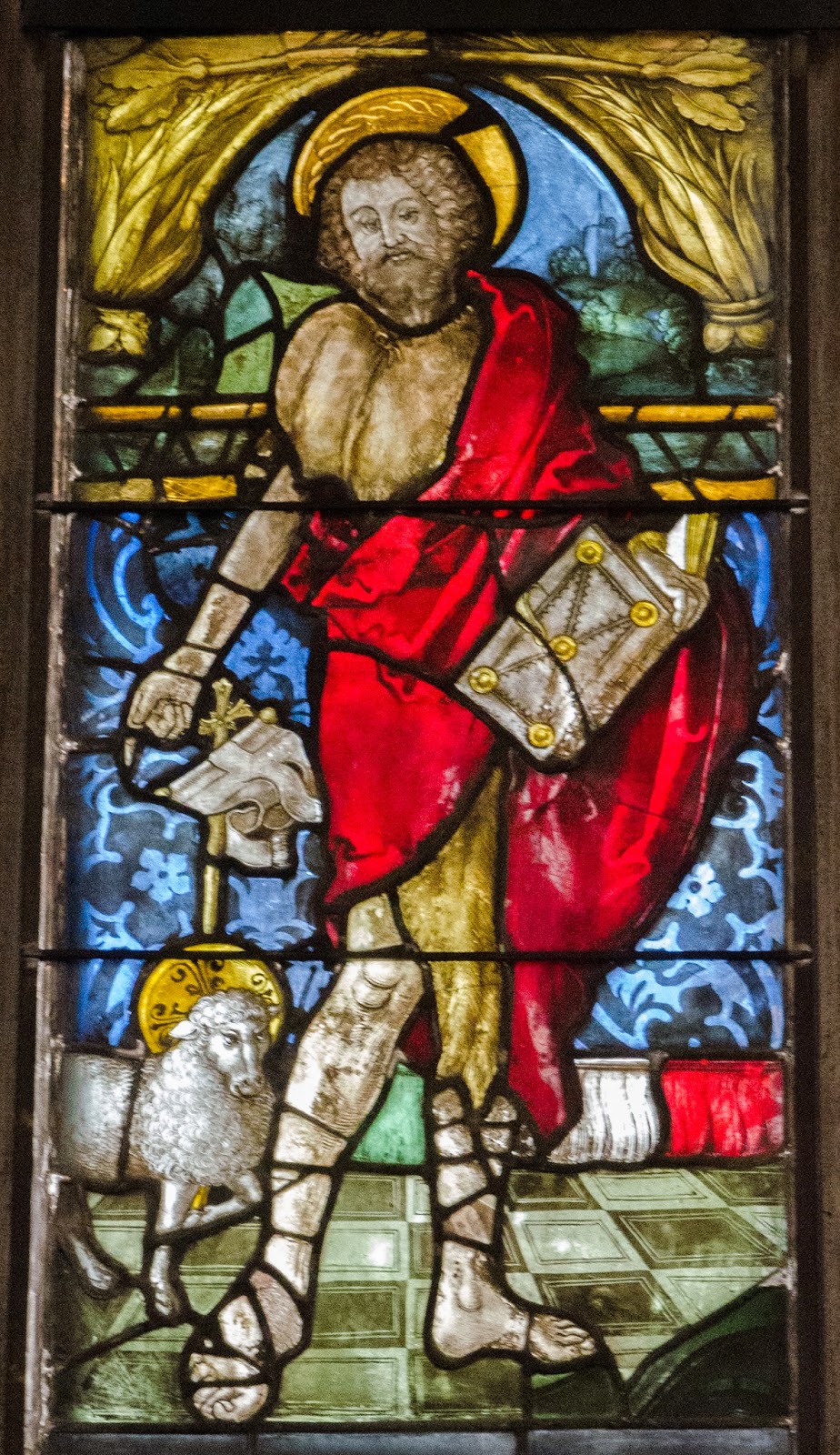 I am writing this while listening to the Meistersinger relay from the Met. on Radio 3. The nearest church to my hotel in Nürnberg - when I was there in April - was St Martha’s, used as the rehearsal room by the real Meistersinger. It was officially closed, but I sneaked in through the sacristy to peak at the stained glass, much of it as early as the late 14th Century. (Here's John the Baptist, 15th Century.)

St Martha’s had escaped lightly in World War II, but just over two months after my visit, fire engulfed the entire church: providentially its windows had been removed pending renovation work.

Glass of another sort was on the bill of the concert I went to on Thursday night at the Pittville Pump Room. As the centrepiece of their programme, the estimable Carduccis played Philip Glass' Quartet no. 3. Others in the fullish house loved it, they told me, but I was left cold. I could have coped with it as the backgound to a film - for which it was originally intended - but coming after the well known Mozart D minor, its major key Andante played magically, it seemed to go nowhere, and to take twice (rather than half) the time of Mozart in doing so.

After the interval, the Carduccis tackled one of the masterpieces of the repertoire, Beethoven Op 132, its 20-minute slow movement wringing the heart. Once over, you are led to think its all going to be plain sailing, only for a wrestling match to develop - as far from music of the 18th Century as you can imagine. A thrilling performance!
Posted by Martin Davis at 19:09