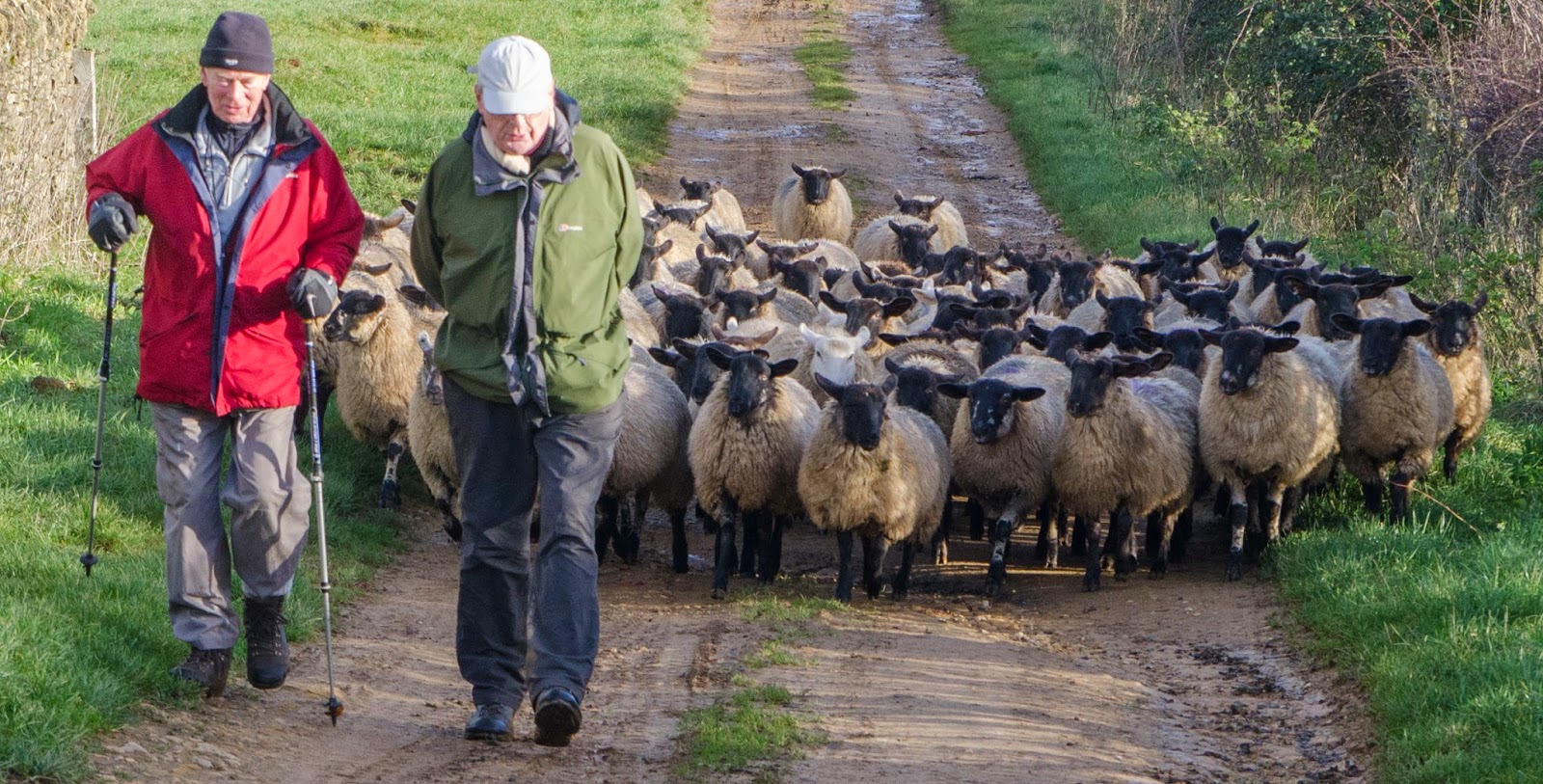 There is only one church dedicated to St Faith in Gloucestershire, a remote and delightfully modest one: as I hadn't photographed it, and as it was my turn to plan today's expedition, I suggested the six of us should set out to walk to Farmcote from the car park of the nearest pub, the Plough at Ford. Did it prove a step too far? Despite another glorious day (no sign of the forecast "weather bomb"), I detected some murmuring in the ranks.

The first photo op came as we were booting up. Jackdaws Castle abuts the car park, and there was Jonjo O'Neill's string proceeding down towards us in stately fashion, before turning and galloping back up the hill, four by four, an exhilarating sight (only possible to stage if you have several million pounds in the bank).

Cutsdean, straggling along the upper reaches of the Windrush, possesses - nestling within a farmyard - a church of St James. Though it was locked, we could still admire the black scallop centred in the church gate. It looks recent - no coincidence, surely, that a James owns the village? [PS As it happens, it IS a coincidence!] The same lordly hand has left its impression upon the landscape that extends North from beside Beckbury Camp down to and beyond Stanway House. The prodigious avenue, all of two miles long, will have cost but a fraction of that string of racehorses, but will I trust endure long after horsiculture is forgotten.

Grandfathers' footsteps was the name of the game as we followed Campden Lane West from Stumps Cross.
Posted by Martin Davis at 23:30