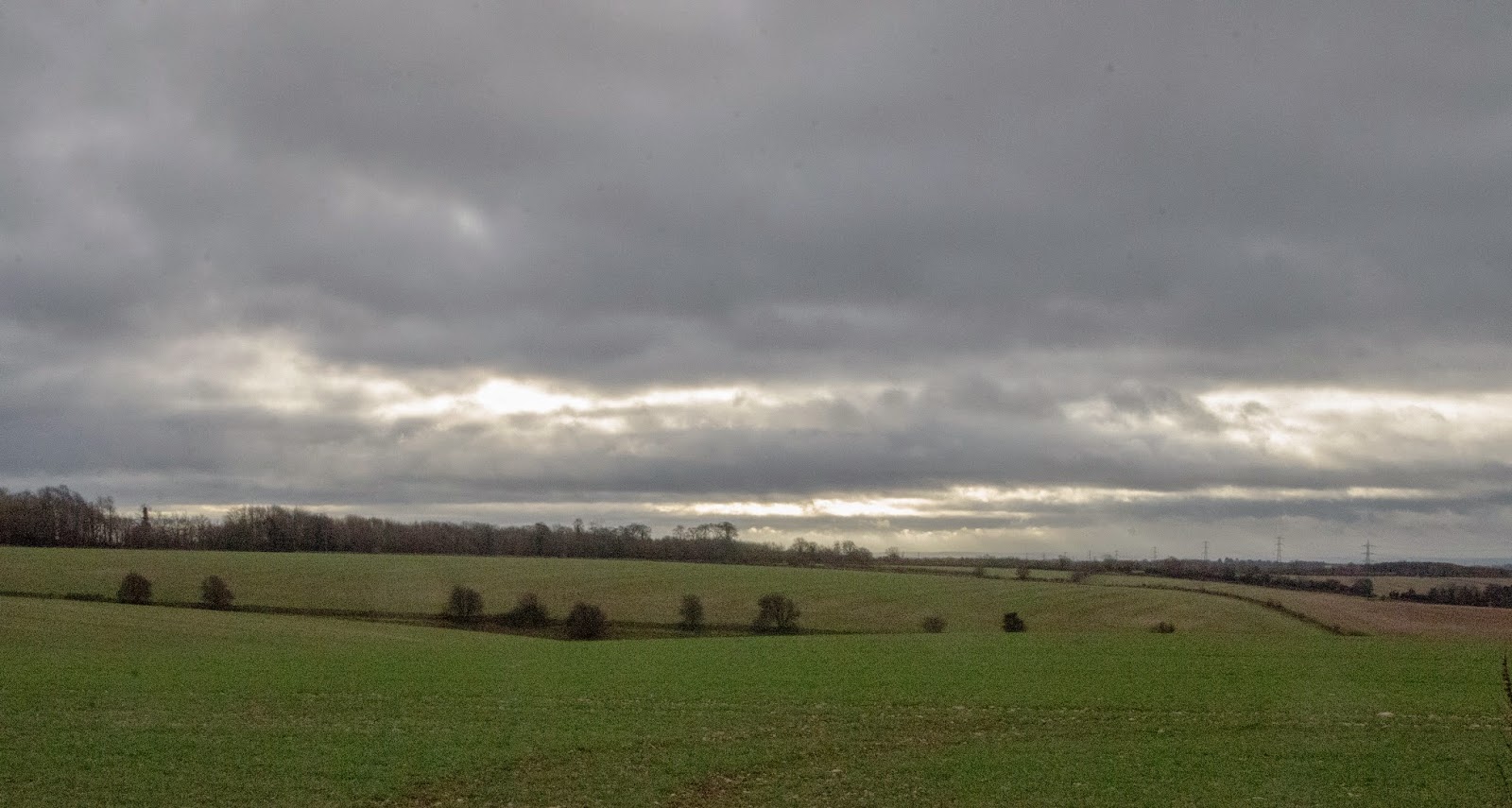 After a good deal of rain, we four walkers took off from the Churn valley this sunless morning in the direction of higher ground. East from North Cerney, you soon reach a plateau, with views towards Blunsden and beyond. Our field path - not too muddy - crossed the White Way before coming to the Calmsden lane. We followed it down into that hamlet, past The Tallet. Pausing to admire the 14th Century wayside cross, we pushed on up along the side of Rendcomb airfield: it's much developed since I was last in these parts. The Monarch's Way was muddy, through Conigree Wood, but overall it was generally agreed to be a good walk on a dry, mild, windless day.

Not so much scenic variety in Nebraska though, judging from the film of that name which we saw last night. It was a road movie, a little slow-moving in parts, but wryly humorous and poignant.
Posted by Martin Davis at 22:05