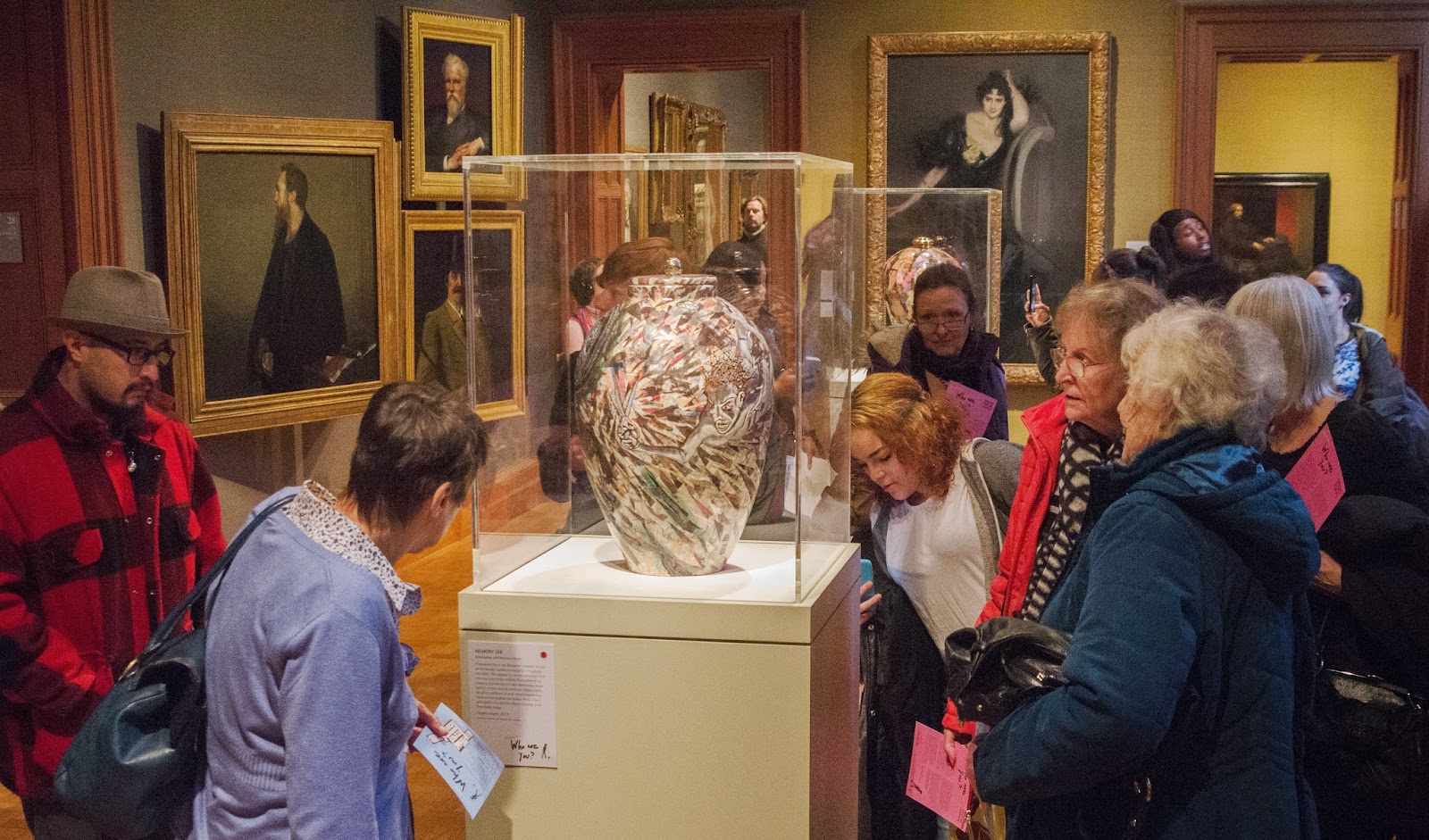 Grayson Perry's recent TV mini-series "Who are you?" made essential viewing for both of us, so we were happy to be able to catch the art works he made during the filming, on show at the National Portrait Gallery. The Memory Jar attracted much the biggest crowd, unsurprising given today's general concern about Alzheimer's. Christopher, the victim portrayed so poignantly by Perry, both on the small screen and through this pot, had been my contemporary at school, which brought it all home.

Earlier we had spent a couple of unforgettable hours in the company of late Rembrandt next door at the National Gallery.
Posted by Martin Davis at 21:21