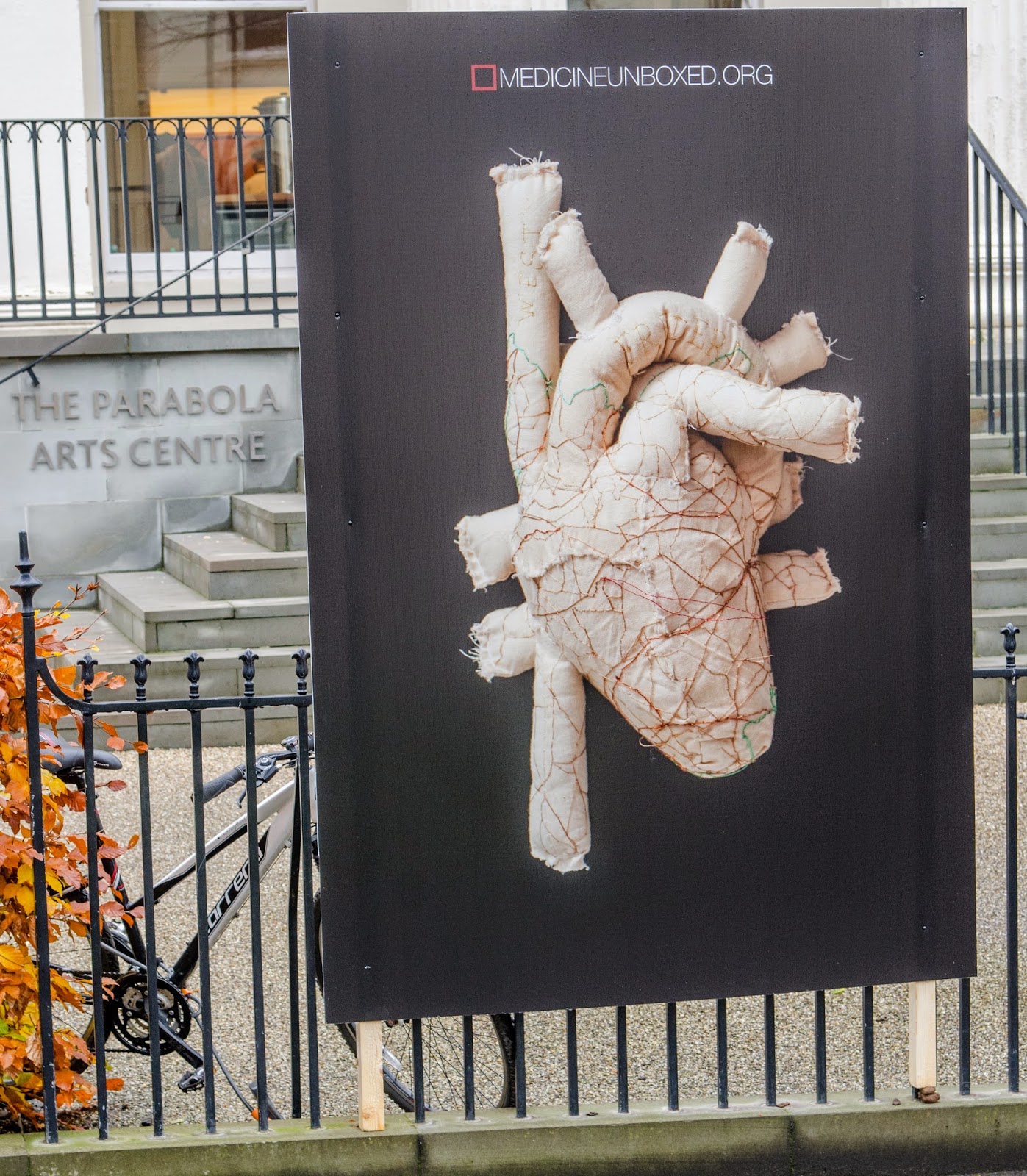 I missed Day 1 of this year's jam-packed Medicine Unboxed weekend, and only lasted the morning session today. "A tendency to be arty-farty?" Yes, but what a mind-stretching joy it is!

Tim Dee and William Fiennes were discussing their work under the heading "horizon" - it being foreshortened by Dee, kneeling down to examine blades of grass in his Four Fields; but the opposite for Fiennes, following Snow Geese from Texas to the Arctic (and eating them) - birds that know no border controls, carry no baggage. The horizon always remains, however many miles a day one treks (pointing up, for me, the comparative rewards of pilgrimage: to travel hopefully, yes, but also eventually to arrive).

Philip Gross then read from Deep Field, poems inspired by his dying father's loss of language. One of those next up, sociologist Yasmin Gunaratnam, had long studied in a similar area: she introduced actors to perform two powerfully dramatic scenas that touched upon the crossing from life to death of those in the immigrant community.

Before the lunch break, the winner of the Medicine Unboxed Creative Prize was announced. Out of 80 or so entries, seven had been picked out, including Agnes' idea for a musical to deal with - once again - the development and disintegration of language. Brief descriptions of the entries on the shortlist were read out, Agnes' being last. What did that signify? Well, nothing as we soon learnt. The award went to Tiffany Atkinson, already a published poet. So, disappointment within the family - though we aren't allowed to show it; and brilliant to have got so far.
Posted by Martin Davis at 21:42