"The world must be peopled!" said Benedick 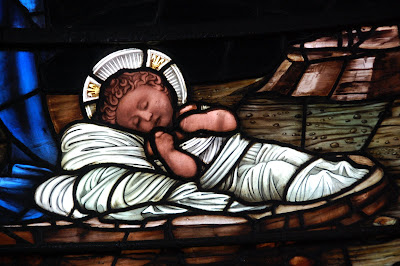 It's a while since I heard Jonathon Porritt give a lecture of his own (as opposed to interviewing someone): I had forgotten what a devastating speaker he is when he's on top of his subject, as he was last night speaking on the theme "Too many people" at the Cheltenham Science Festival. He held a very large audience in the palm of his hand.

The message he brought was extremely simple: "Save the world! Have fewer children." The Italians had got the idea, he said: their population growth rate was the lowest in the world, indicating that "for them it seems that using a condom is a better guide to life than Papal infallibility." Benedick - yes; but Benedict - no.

Indeed, for a Catholic this was not a comfortable hour's entertainment. Jonathon was asked how the UN could be made more effective: "It has to act by consensus," he pointed out. "The Rio Earth Summit in 1992 was paralysed by the Vatican - a UN member - intervening to oppose artificial family planning." The loudest applause of the evening was for Jonathon condemning the Catholic Church's adherence to the teaching of Humanae Vitae as "immoral".

And yet. "Aren't you depressed at the lack of signs of progress?" asked a questioner. No, came Jonathon's response, because of all the spritual resources that remain untapped. (Here was evidence for Gordon Lynch's analysis, that I mentioned on Thursday.)

A final question was lobbed in. Jonathon had been praising the Chinese for having prevented 400m people from being born through their one-child policy. "Did the end justify the means in China?" a woman asked - the only woman to get a look in. A long pause. "On balance, no," came the eventual reply.

Isn't this the crux of the issue? Do wrong means ever justify good ends? We have since last year a beautiful granddaughter, born after very much soul-searching: how impoverished would our family life be without her! Not to speak of that child's mother, our only daughter - the fourth of our children, born after Caroline's doctor had warned her to have no more.
Burne-Jones' image of the Christ-child in Birmingham's St Philip's Cathedral misleadingly shows a white baby. Had the "necessary" funding for family planning - advocated by Jonathon - been available within the third world community into which Jesus was born, my question is: "Would he have been?"