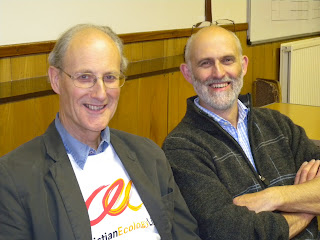 Our vision is of a better way of living on low carbon. What we need is, not to accuse people, but to make the good, normal.
Posted by Martin Davis at 10:56