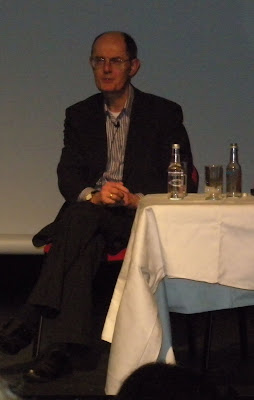 Since the excellent Hamish Roberton came as a dentist to Cheltenham some while back, each of my regular (but thankfully infrequent) visits to his room have mostly brought me face to face with a new painting by his talented wife. (She is modest about her work to the extent that I can't insert a link to something of hers on the web.) This afternoon's appointment was cheered enormously by a stunning abstract, which might almost be a celestial vision: the healing power of art was well in evidence at Cambray Dental.
Posted by Martin Davis at 18:05