"The world we made" 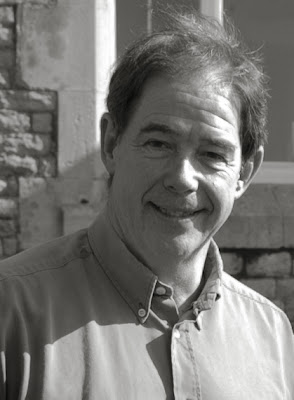 Jonathon Porritt's new book envisions the world as it will be 37 years hence, in 2050. It's a fictional memoir, looking back to yesterday, today and the intervening years, and postulating that we have responded to all the warnings that he amongst others have issued to date: that unless we alter course sharply, our world then will not be a pleasant place into which to be born.

It is getting on for 37 years ago that I first met Jonathon, in the heady, fairly early days of the Ecology Party: with the eloquence and passion he showed at Party gatherings, he stood out from the pack. I admired, not least, the way he used his experience as a comprehensive school teacher for tackling conference hecklers; but more significantly he was amongst the first to join me and others in recognising that God and his creation were the elephant in the room. As a result, we went on to establish what is now Christian Ecology Link. (I took this photograph of him at our annual conference last year, where he was a keynote speaker.)

Nobody has worked more unrelentingly for the green cause. Not that we have always seen eye to eye. In sending me my copy of The world we made Jonathon expressed the hope that what he has written about population "won't be too infuriating." "Hostile to addressing population issues," the book says, "was a great army of environmentalists and left-wing politicians in Western countries," arguing "that the real issues were poverty, injustice and over-consumption in the West." Mea culpa. The book goes on, "This kind of approach was not just stupid, but cruel." As Jonathon envisages in his inscription, my question remains, does the end then justify the means?

Various turns in Jonathon's career have been marked by his publishing a new book, but none will - I guess - have brought great riches through royalties. The world we made may just be different. "For me," Jonathon says in his postscript, "writing this book has been a big deal." And indeed an immense amount of research and imagination has gone into it. As you expect from a Phaidon publication, it is beautifully produced and presented. Comprehensive, authoritative, easy to read, and aimed at an international non-specialist market, I foresee it selling well. The question here is, will it release the energies in its readers that are needed to produce the change it predicates? And as a supplementary, how much flying will the author have to do to promote those sales?
Posted by Martin Davis at 22:00

i always feel a bit indulgent reading fiction. I will allow myself this one!