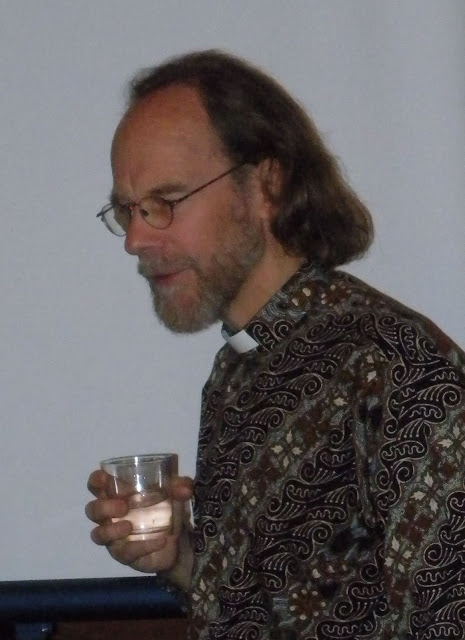 The faiths can contribute two things towards meeting this challenge. First, the dimension of healing and restoration (in Christian terms "resurrection"); and secondly their sense of posterity: again, as a Christian, he pointed to the Communion of Saints: we worship God in churches which are traditionally built with graves - containing the bodies of the Saints - all around them. "I am a hopeful person," he concluded (albeit with a rare note of hesitation in his voice).
Posted by Martin Davis at 11:05